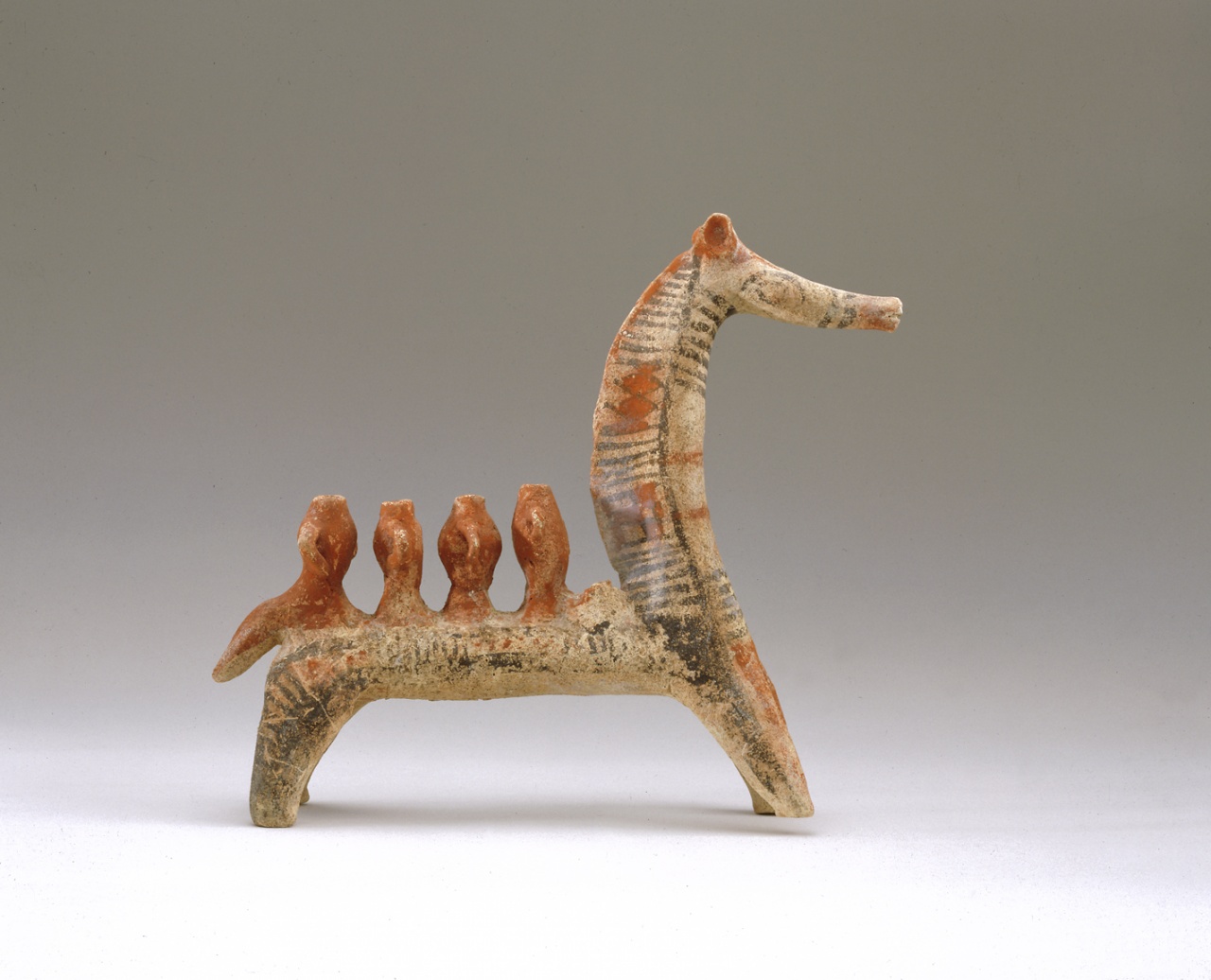 089. Horse with Four Amphoras on its Back - Archaic

Built up of wet clay by sections, fashioned by hand using a spatula and scraper here and there, painted and then fired.

Condition: the black paint and red in good condition, though it is possible that some of the red colour has been touched up in modern times.

On the front of the horse and the lower half sides of the mane whitish limestone deposits.

This votive, a unique representation of particular elegance and delicacy, belongs to a period with vast output of horses with riders, of centaurs, and warriors.

The four jars with their lug handles are a Canaanite form [1] and attest to the trade with and the influence from the coastal regions of the Near East. Somewhat coarsely modelled they are aligned haphazardly, imparting a humorous feeling which the horse's long neck and big eyes complete.

The explanation for the missing fifth jar is difficult to determine; maybe in joining the body, originally longer, to the forepart it was just one pot too many in relation to the horse's neck curving so pronouncedly back, as it would seem that the artist started placing the jars from the tail forwards, at least their pyramidal bases, since these were added before the body was joined to the neck and front legs. In so doing, the base may have been pushed to one side. We do not believe that the break is accidental.

It might be that in order to achieve efficiency of production, one worker made the body, hind legs, tail and pots, and a more gifted one the head, neck and front legs of an artistic line and flow that somewhat contrasts with the rest, though the whole achieves a most pleasing effect. Likewise the same artisan may have made both, lavishing more care on the forepart.