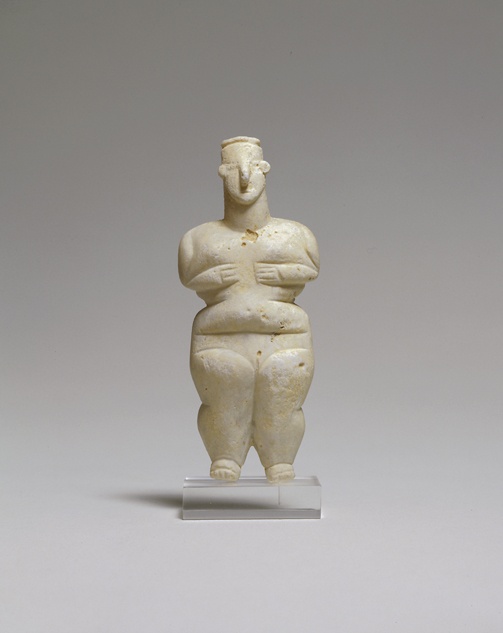 Condition: whitish marble with spots of erosion, the whole back covered with a thick deposit of light-coloured limestone.

This standing female idol is fairly characteristic of Greek neolithic idols such as the one from Koufovouno near Sparta,
in Athens [1].

Steatopygous in type, our example has less heavy buttocks than the norm, however, the bulging stomach, elongated neck, hands placed beneath the breasts, are usual for this type.

The face, with its prominent nose, ears and indications for the eyes and the mouth, suggest a date towards the late 4th to the 3rd millennium B.C., but in view of the scarcity of these idols and the divergence in chronology between authorities, dating is open to discussion.

As to the place of manufacture, it could be either the Cyclades or mainland Greece. There were close contacts between Porto Rafti and the Cyclades during this period.