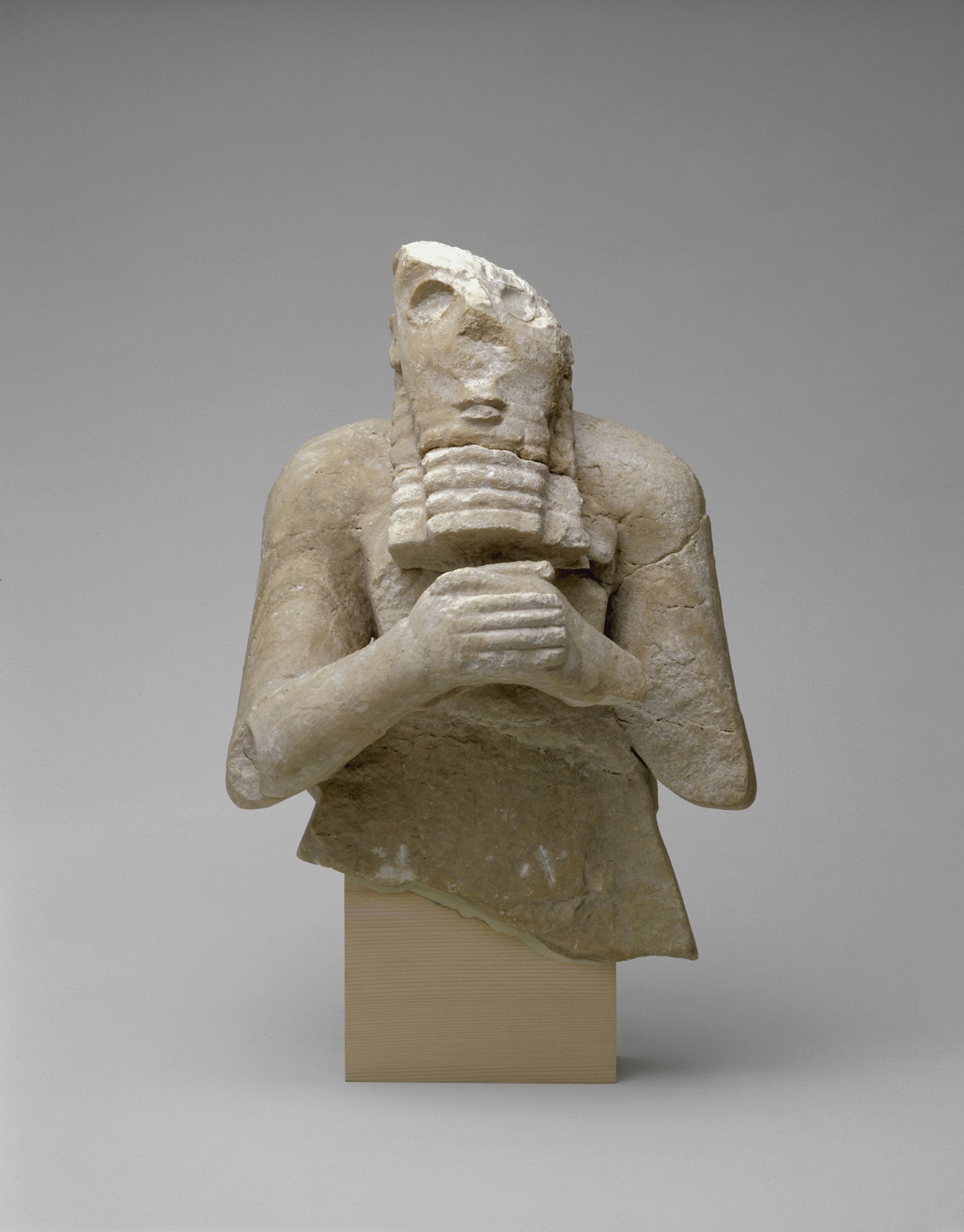 Sculpted from a block of gypsum.

Condition: fragment of a large statue, restored from six pieces. The top of the head is missing with most of the left eye, ear and nose. Also missing a wedge-shaped section from the right shoulder near the neck and from the right elbow, a piece between the left elbow and the right wrist, a slab on the front all the way up to the beard with which the front arms and hands were at one and the whole lower part from slightly below the wide and very thick belt.

The eyes were originally inlaid (probably with shell and the iris of black limestone, both fixed with bitumen).

A temple figure, probably a votive, he stands with clenched hands held together in front of his chest. Both his angular forms and the stylization of his face are far from realistic. He wears a long beard and his hair centrally parted, as indicated at the back by the -shape, hangs on the chest on either side of it; though a wig is possible, it is most unlikely [1].

For the general type and context one may refer to a figure from Tell Asmar [2] and to the whole group [3] found there.