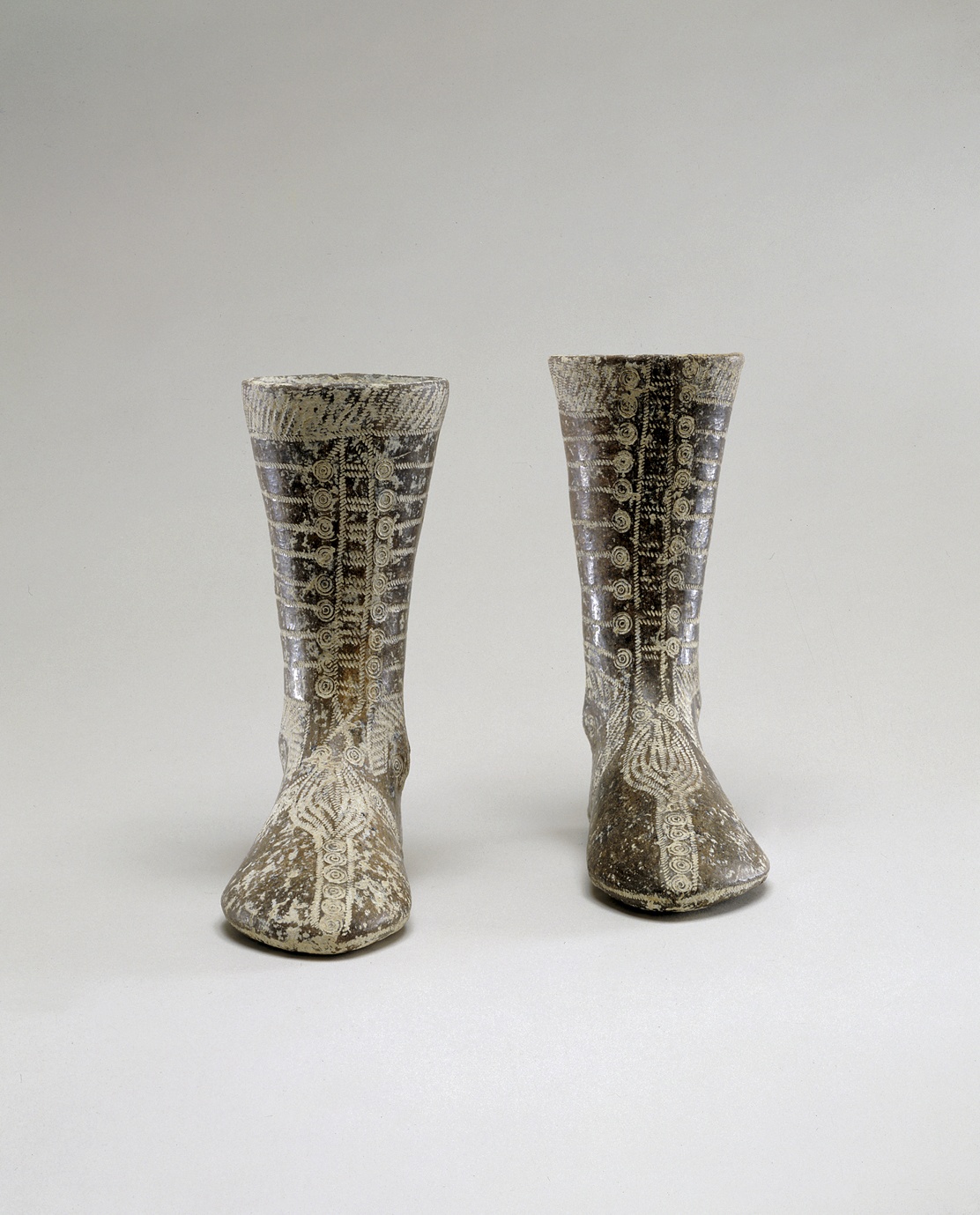 Each boot hand-shaped [2] of clay with the help of a spatula, two round holes drilled at the back and on the inside face of the rim, probably to enable suspension.

The surface decorated [3] with concentric circles and lines of hatchings to give the effect of a real boot with its seams and lacing.

Condition: brown terracotta, originally painted or varnished black of which speckles remain over the whole surface; hardened deposits of cream-coloured earth here and there and in the incised decoration.

There are historical precedents for the general type that go back to the early 2nd millennium B.C. with the Anatolian civilization of Kül-tepe [4] and other cultures.

A close comparison is a Villanovan pair in Geneva [5] although the clay is different, being reddish, and the leg of the boot is squat with a flaring lip. Other examples are: one from the Veneto [6] of different shape and artistically mediocre; another, shaped like ours [7] and decorated in the same spirit, though with flaring top and different incisions and patterns, comes from excavations at Karmir-blur (near Erevan) in Armenia.

Most of the known examples are from cemeteries and like our pair were part of tomb fittings, though for a short while before burial they may have served as libation vessels.

1 The decoration is early, close to the proto-Etruscan "Villanovan", in which the vessels are rather heavier. The author has unfortunately not been able to handle comparisons, for the weight difference by feel would be an indication.

2 Surely built up over a core later removed.

3 The same motifs are to be found on terracotta askoi of contemporary date or slightly earlier, e.g. one in the Bologna Museum (Art et Civilisation des Etrusques [Paris, 1955], cat. no. 17, p. 8 fig. 1) dated 8th-7th century B.C., also of brown earth.