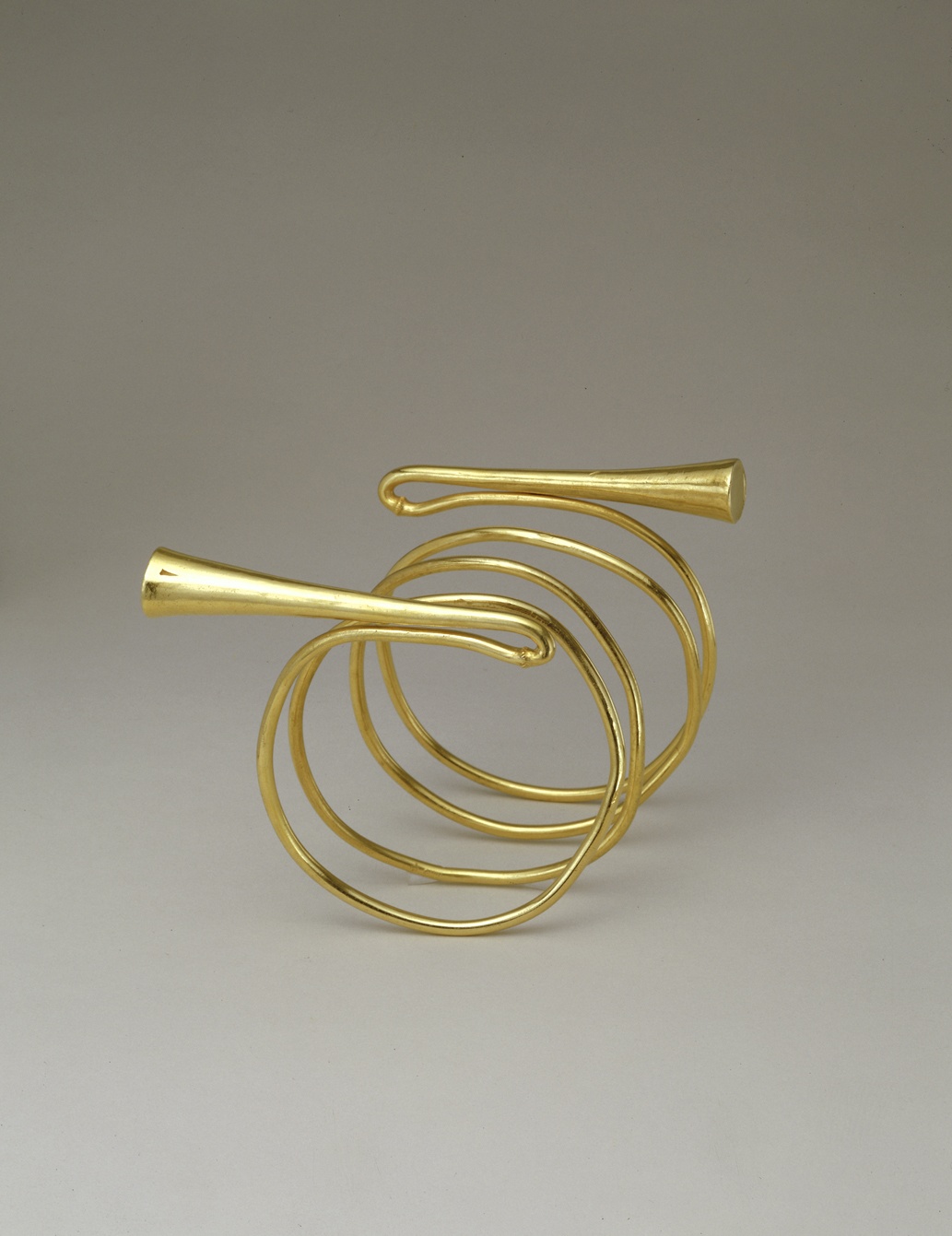 The gold spiral [1] itself in all likelihood made by moulding, stretching and hammering; it terminates in trumpet-shaped elements, probably cast, which were affixed to the end of the spiral by hammering. At the join a notched circle in relief serves both to hide it, and as a decorative element.

Annealing was used throughout the production process.

One of the elements bears a wedge-like indent which might be some sort of hallmark or workshop signature.

Such gold arm bracelets have been found over a vast region from Ireland and the Atlantic Coast to Iberia and as far east as the Carpathian Mountains. Though more numerous in Ireland, Scotland, England and to a lesser extent Spain, there are a few examples from France such as the one from Ille-et-Vilaine in the Cluny Museum [2], though the spiral is twisted. They were produced for religious reasons and/or social prestige and the gold was no doubt often obtained by trading in wheat.

This example is outstanding for its volume and purity of line.