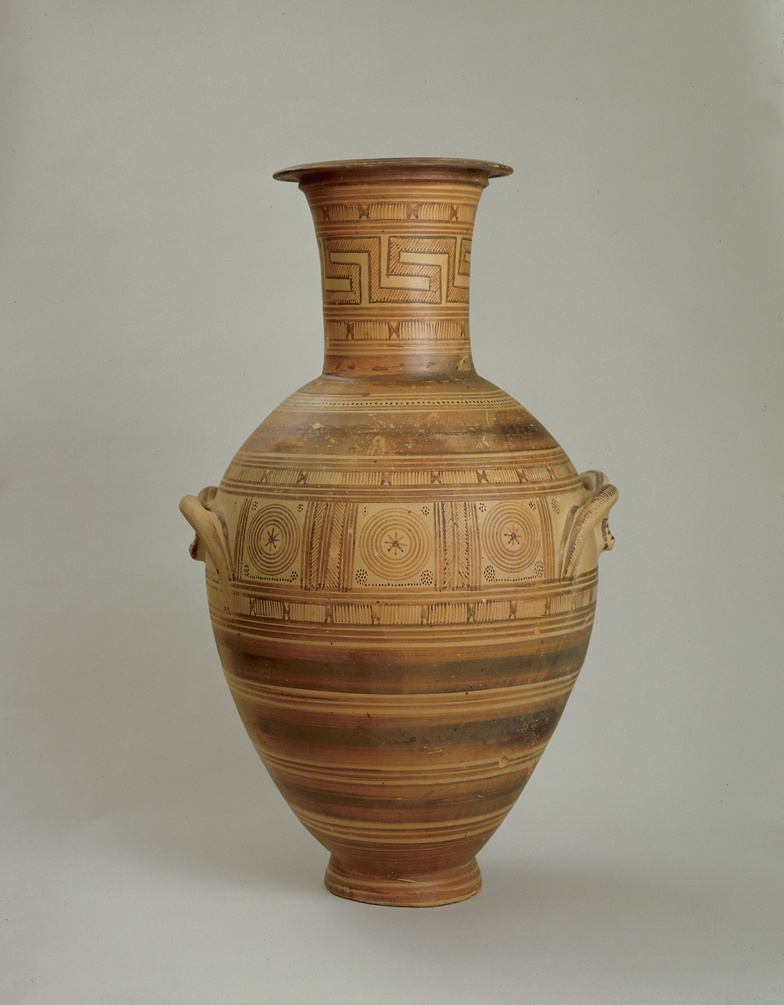 A neck amphora with broad lip, on short, slightly conical foot, of pale Corinthian clay decorated with paint that has fired red, reddish-brown and brown-black; the double handles in the shape of stylized horns moulded separately and applied obliquely just above the largest circumference.

Condition: a few minor chips, most of the paint worn off from about one sixth of the body on a section from the centre of one handle towards the back where the paint is somewhat faded.

Painted decoration: on the neck a meander between two strips of verticals with "double axes".

Similar strips border the main frieze which consists on either side of the pot of three metopes of concentric circles with centre stars, the four corners decorated with dot rosettes, the two lower ones linked by a line of dots. The divides are vertical triple lines with hatching.

Under the neck - a line of dots bordered by two lines; on the lower body down to the foot - reserved bands with double lines.

There is a very similar pot, though Attic, somewhat more sophisticated and less well turned, without such a broad lip and with lower body more elongated and slightly less spherical [1] .