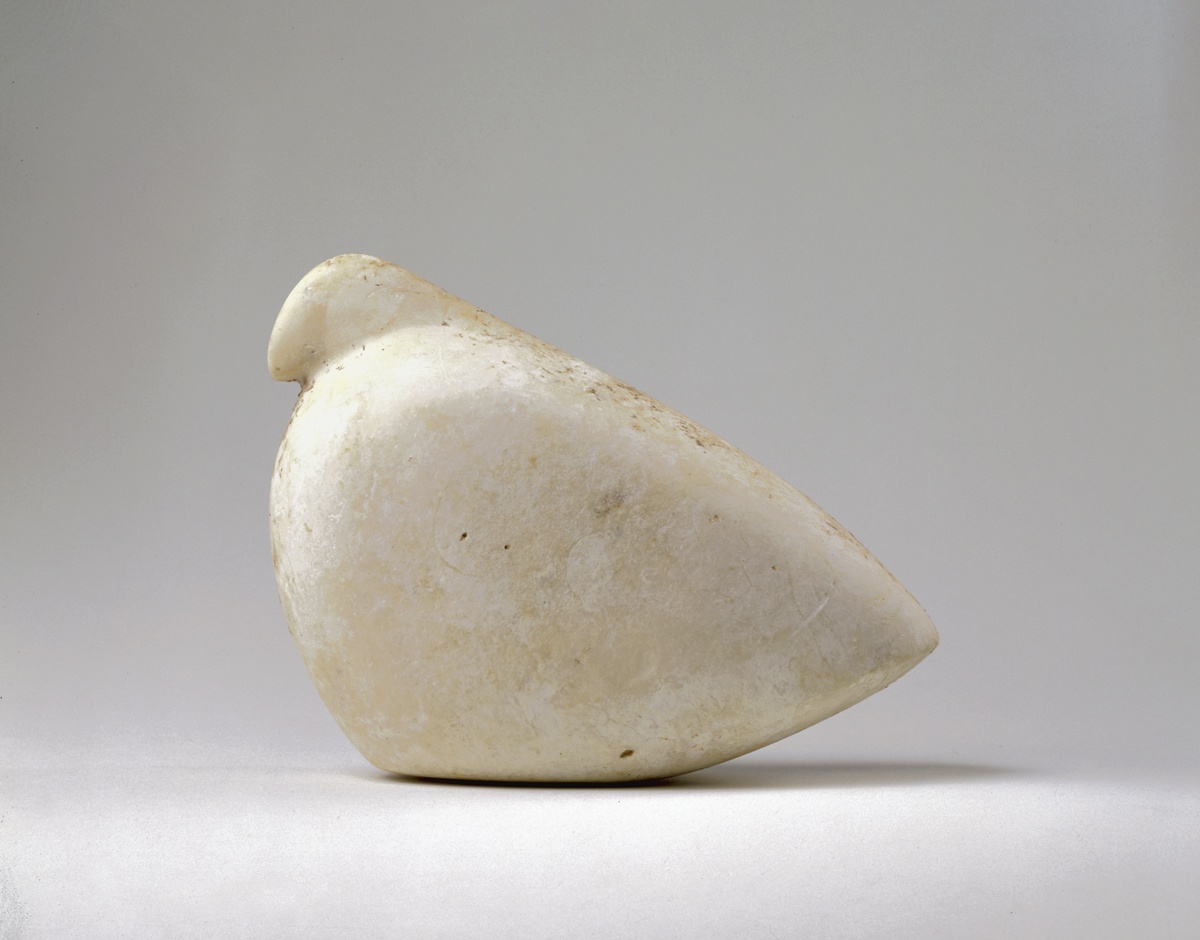 Condition: whitish marble with smooth surface, polished in parts, one side thickly incrusted with hard brown deposits with root marks.

It seems that both the dove and the partridge were indigenous to the Cyclades and to Anatolia.

This unique figure has always been described as a dove and Cycladic, but both description and attribution are open to discussion. Crete was also once given as a provenance.

The marble itself, the very hard incrusted brown limestone deposits, sculptural characteristics such as the way the flat bottom tails up, the modelling of the head, the abstract and schematic appearance of the whole and the indication of an originally white polished surface might suggest a work from Anatolia, contemporary with the Kilia-type anthropomorphic idols.

The bird might be attributed to Crete or the Cyclades, since it is in keeping with their ritual customs [1], and it may be added that there is no definite parallel from elsewhere.

Mentioned:
Mertens, J.R. in: Glories of the Past. Ancient Art from the Shelby White and Leon Levy Collection (New York, 1990), p. 5.

1 D. Mitten in a verbal communication (20 August 1994) reminded us of the bird and bird vessel in the Goulandris collection (Doumas, Chr.: The N.P. Goulandris Collection of Early Cycladic Art <Athens, 1968>, nos. 305, 329) where mention is made that the dove appears in early Cycladic art. Doumas adds that doves were believed "to be imbued with supernatural qualities" and in speaking of the marble dove vessel says that it "had a special magico-religious function, related probably to funeral rites for the dead".