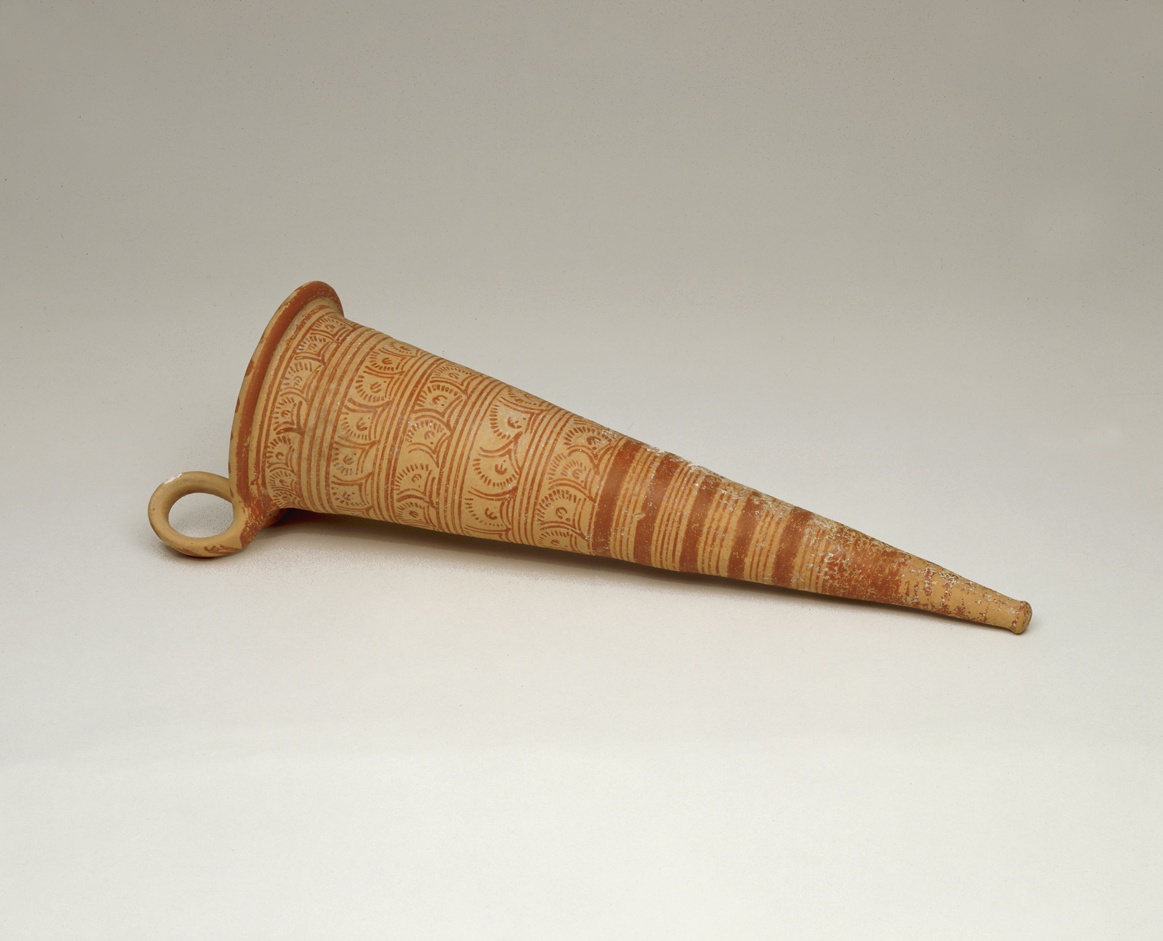 The whole upper part of the vessel was turned on the wheel, the lower part hand-modelled. The loop handle was made separately and affixed. Parts smoothed.

The high conical rhyton with its loop handle and pierced rounded tip served as a funnel. Both its shape and decoration are typical of the 14th century B.C. The form derives from Late Minoan prototypes and like them, our vessel was used either in religious functions or domestically [1].

1 H. Hoffmann informed us in a letter (14 May 1994) that there is disagreement among scholars. He mentions that the arguments by Koehl, Platon, Cadogan and Säflund for "domestic" versus "ritual" use are summarized in Hägg, R., Marinatos, N. (ed): Sanctuaries and Cults in the Aegean Bronze Age (Lund, 1981), p. 187 ff.