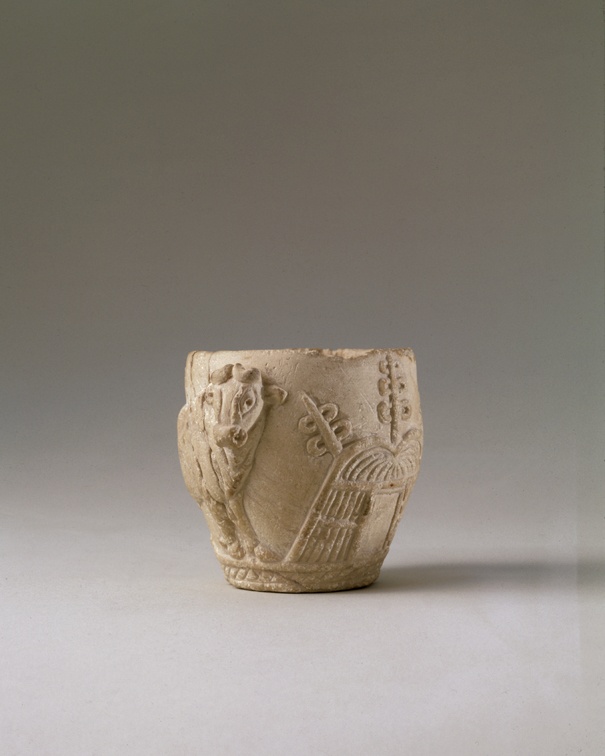 Condition: complete but with several cracks and three small pieces glued back in place on the chipped rim, and a hole behind the reclining heifer. A few stains on the surface.

A vessel decorated with a standing bull in low relief, his turned head in high relief; also in low relief a reclining young heifer and a sacred stable surmounted by emblematic poles [1]. The stable built of reeds with reinforced tubular uprights and horizontals. An Early Sumerian bowl in stone from Khafaje has a similar type of representation [2].

These form part of the same iconographic group as a magnificent gypsum trough from Warka decorated in low relief with a sacred stable and sheep, probably used for the temple flock [3]; their purpose is ritual, to invoke divine providence for the herd or to manifest gratitude to the god for past bounty [4] possibly dedicated to the god of vegetation Dumuzi, the "Real Son" legendary king of Uruk, called the Shepherd, who is later known as Tammuz [5].

4 Porada, E.: Problems of Style and Iconography in Early Sculptures of Mesopotamia and Iran, in: In Memoriam Otto J. Brendel (Mainz, 1976), p. 4.