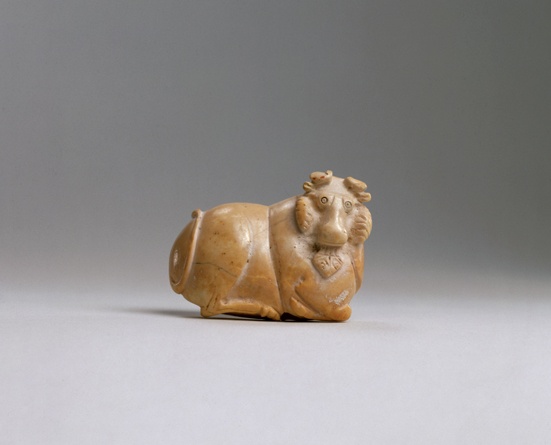 Sculpted out of hard limestone and then highly polished.

Condition: pierced vertically for suspension. Tip of right ear a modern restoration and shell inlay of left eye reaffixed. The carving on the back almost all made with a drill.

By this period, such seals - functionally largely replaced by cylinders - probably served primarily as amulets. The seal device composed of animals difficult to identify conveys ideas rather than words. Somewhat mechanically executed, it harks back to earlier models used both as seals and amulets.

An example of an extraordinary artistic achievement that reveals a new evolution which is the mastery of sculptural volume, completely unknown in the preceding El Obeid and Early-Middle Uruk periods.