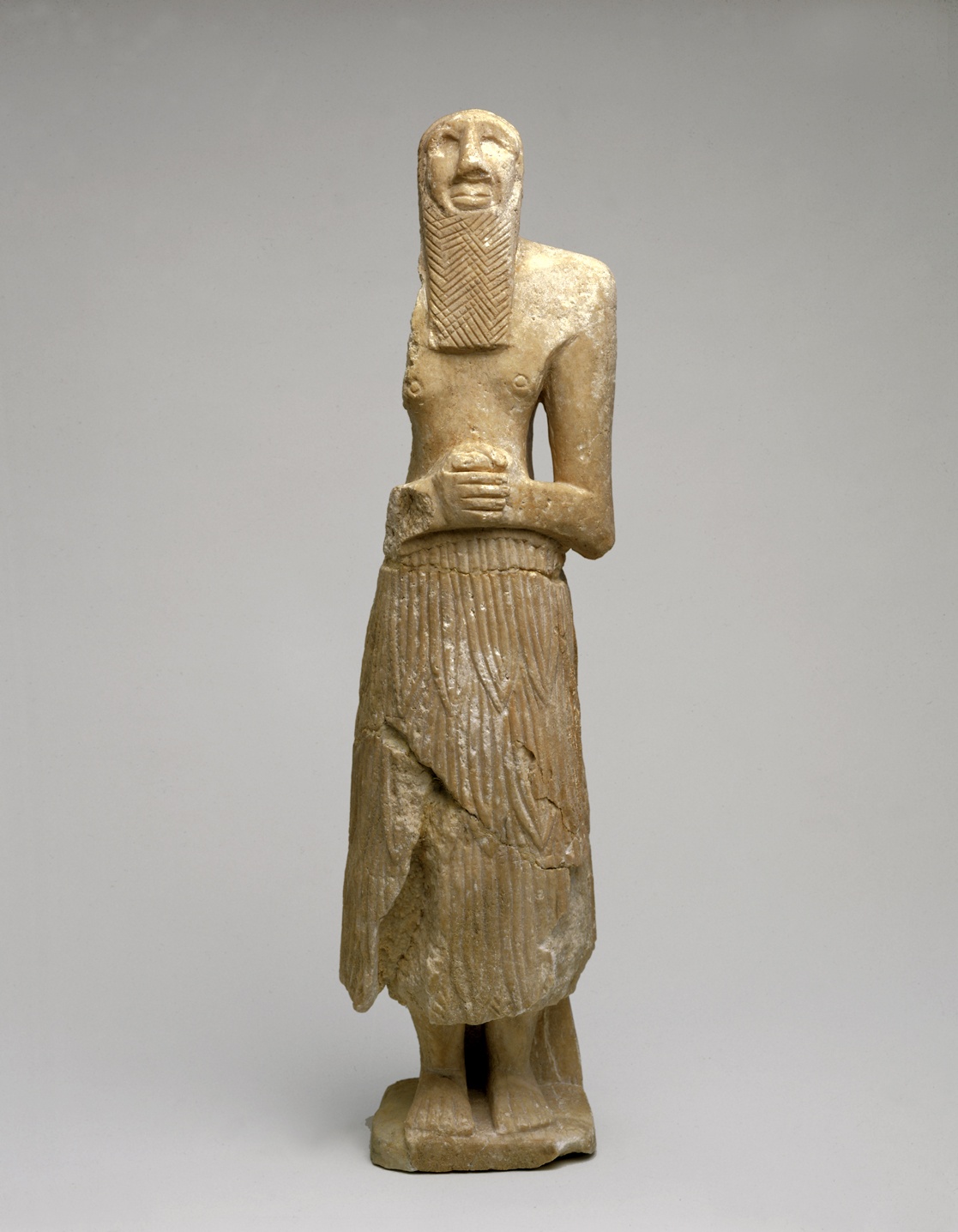 Sculpted from a block of gypsum.

Condition: without restoration, but reassembled from three large sections, plus a fragment of the "kaunakes" and the front of the right foot. Missing the right shoulder and arm to the wrist, including the outer right side of the back and edge of hair; large wedge on right front of "kaunakes", with large chip on lower left front and side of "kaunakes", another at belt and right of waist. A chip off the left front corner of the stand to the middle of the back, this part restored for stability.

Surface somewhat eroded and with limestone deposits on left and left back side of "kaunakes". A round hole in remains of lower right forearm.

Eyes once inlaid (possibly with shell fixed on bitumen or limestone with lapis lazuli for the irises).

His hair is depicted on his back in the typically masculine fashion of the period. He wears a three-tiered "kaunakes" falling like a skirt of feathers, a stylization of sheepskins [1] (with the wool) probably sewn together; it is possible that the "petal-shaped tufts of wool in an overlapping pattern" [2] were woven.

We are undecided as to whether he represents a temple attendant or a worshipper.

2 Lloyd, S.: The Archaeology of Mesopotamia (London, 1985), p. 114. - The nature of this garment has given rise to much discussion and Strommenger (Strommenger, E., Hirmer, M.: Cinq millénaires d'art mésopotamien <Paris, 1964>, p. 65) thinks that animal skins are the most plausible explanation, though she does not exclude its having been a woven garment imitating skins. - For a general discussion on this subject, see Cherblanc, E.: Le Kaunakès, Histoire Générale du Tissu, Document no. II (Paris, 1937).