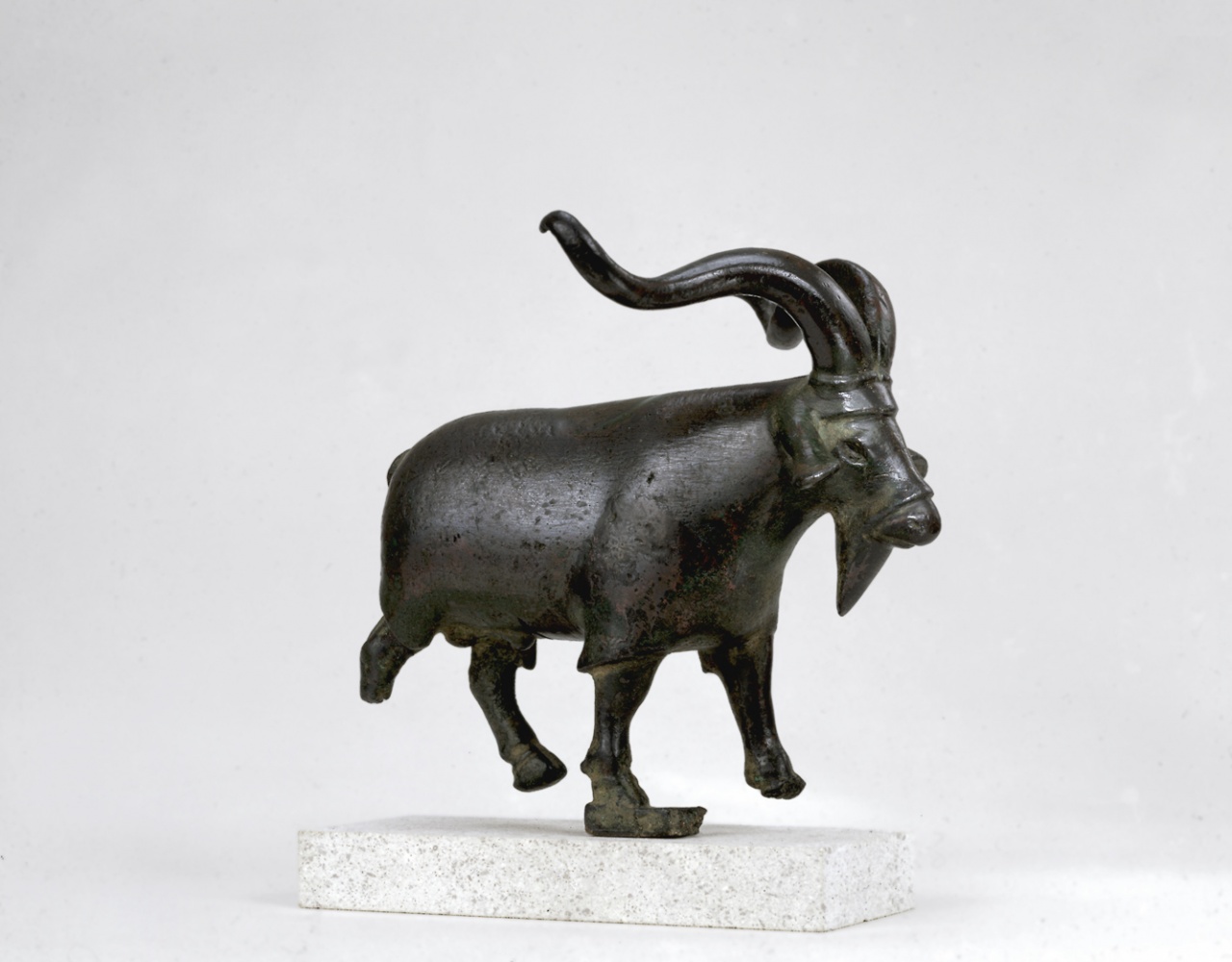 Cast by the lost wax process, probably with a central core to economize metal, and cold-worked.

Condition: missing the offering stand of which the shaft emerged from the middle of the back - unfortunately removed in modern times by a previous owner and its emplacement smoothed down to the line of the rest of the back; also missing the lower part of the right hind leg, the hoof of the front left leg and the rectangular openwork grating to which all four hooves would have been affixed - a 2.2 cm fragment of this still attached to the front right hoof. A deep gash across his belly. The eyes once inlaid.

The goat's [1] legs were originally affixed to a rectangular grating of the type under the stand bearer (cat. no. 16), somewhat comparable to the one that joins the legs of a long-horned ibex in Baltimore [2]. A bull [3], also on a grating of which only pieces remain attached to the hooves, retains its complete support, a cylindrical, slightly tapering shaft from which project four arms surmounted by a ring.

The lack of any excavation data for these pieces and of any scientifically ascribed comparative material renders their dating and attribution hazardous.

The writer thinks that the zoomorphic vessel support in New York [4] mounted on a foot that bears some affinity with those under figures from the Temple Oval at Khafaje [5] is, as described, probably of an earlier date (second quarter of the 3rd millennium B.C.) and would tend to date this figure end of the 3rd or beginning of the 2nd millennium B.C.

1 Mrs. Juliet Clutton-Brock, D.Sc., FSA, of the Mammal Section of the Natural History Museum London kindly informs us, after viewing photographs, which is always difficult, that he "... looks most like a male domestic goat ... evident from the beard, and the dropped ears indicate domestication. .... The 'ruffs' around the legs and the nose could be meant to show that the goat has a long shaggy coat."