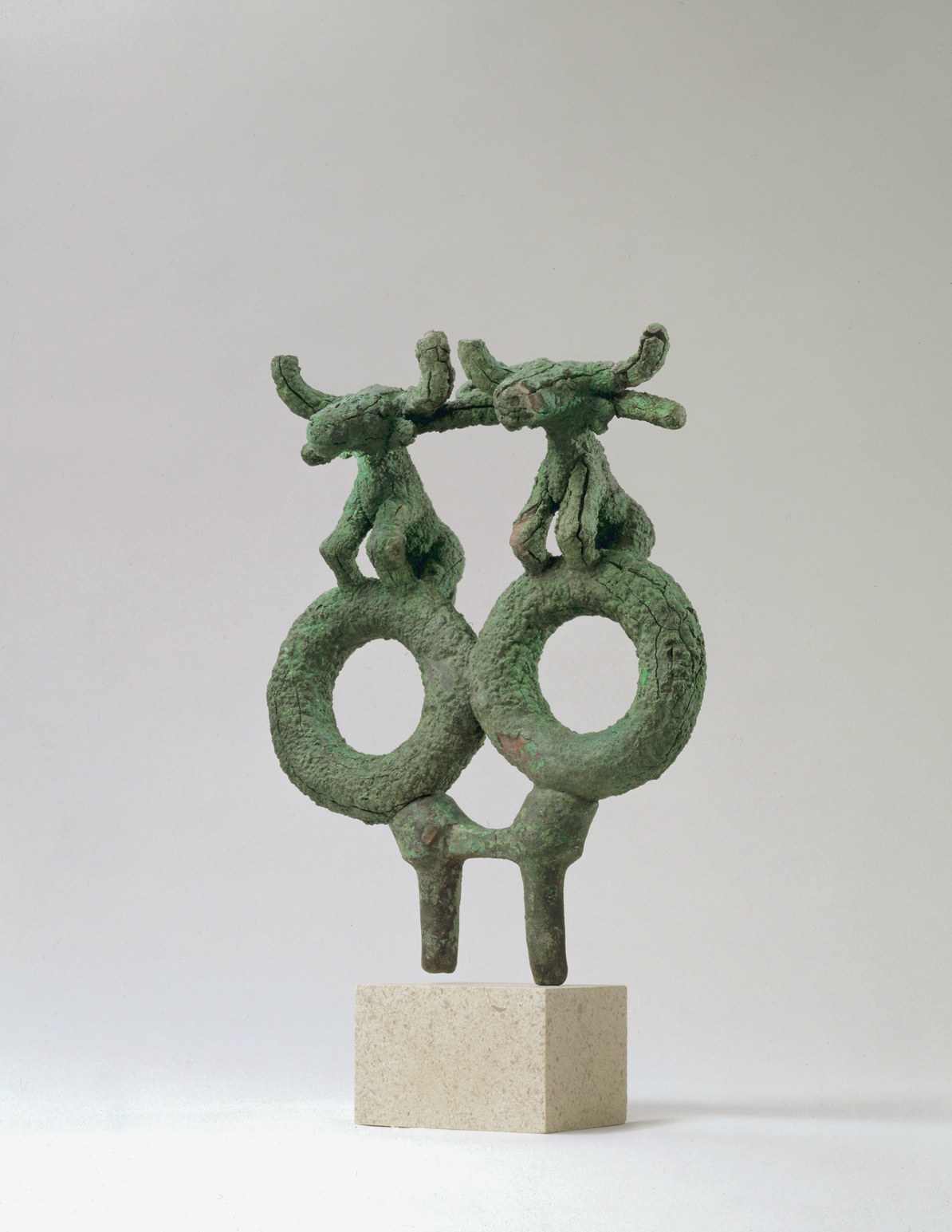 Solid-cast by the lost wax process. Almost certainly
chiselled and hammered in the cold, though barely visible in its present condition.

Condition: patina a rough-surfaced dullish [1] olive green transformed by cuprous chloride or carbonate; here and there chipped to reveal a smooth greenish or uneven reddish surface.

The whole bronze very oxidized with deep cracks; large chip on muzzle and lower front right leg of left ox and the tips of all four horns missing.

The paired oxen illustrate with their two little rings on top of the yoke that real rings like those on which they stand were affixed to yokes and served as chariot rein-holders. An interesting comparison for the paired oxen is the ceremonial symbol in Istanbul [2], from Oymaagaç. The two cylindrical shafts for attachment under the rings on the two pieces are very similar to those found on the so-called solar discs at Alaca Höyük.

They may have been affixed to the yoke that joined the paired oxen to the chariot via the shaft. This hypothesis was suggested for the piece in Istanbul[2] and is proven by this one which portrays the same two rings on top of the yoke joining the two oxen.

It is likely that these standards, whose mode of attachment is by the two cylindrical shafts, may have been affixed to yokes for ritual purposes. When the chariot was dismantled, all the elements were placed in the tomb.