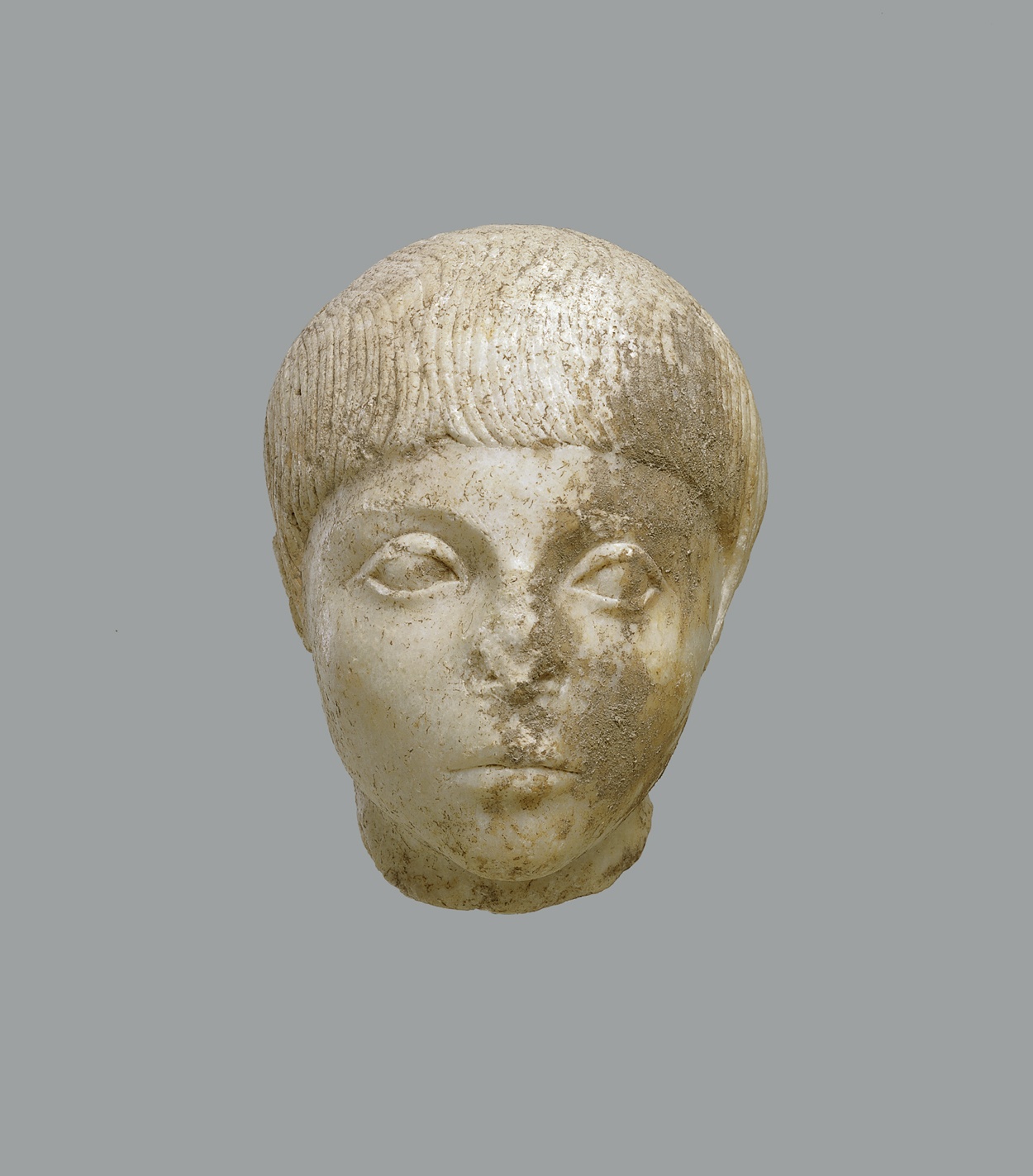 Condition: greyish limestone deposits, a yellowish brown underneath, and traces of roots predominantly on the left side of his face, on the hair over the left eyebrow and behind the left ear. Chips on the hair, the ears damaged. Chip to the right upper eyelid, a smaller one on the left. A few chips on the eyebrows and lips, chips to the chin. Most of the nose broken away from the bridge down. Break slanting up backwards and leftwards through the middle of the neck.

This portrait of a youth, notwithstanding certain traits [1] that are to be found in the second half of the 4th century A.D., is Trajanic, on the borders of the 1st and 2nd centuries A.D. This was rightly explained in Gesichter by such details as: the eyes not being drilled and the hair combed forwards (with a little change of direction on the forehead over the right eye) having little to do with the fuller cap-like hairdos of the later 4th century portraits, notwithstanding a superficial similarity and resemblance. The polish of this head is likewise different from the more "porcelain-like" finish of these later heads.

Also to be noted is his sad and detached expression, characteristics encountered in childrens' heads of this period.

A plausible explanation [2] is that this is because they are funerary portraits with the added remark that as such they make the subject appear older than he was in reality at the time of his death, thus rendering the determination of the youth's age difficult.

1 These were set out by us in Art Antique, cat. no. 387, though we drew the wrong conclusion from them despite the observation "Notwithstanding the absence of pupils ..... , and the affinity with boys' portraits made during the reign of the Emperor Trajan, we may be confronted with a subject dating to the period between the reigns of Constantine and Theodosius." (Translated from the French.)