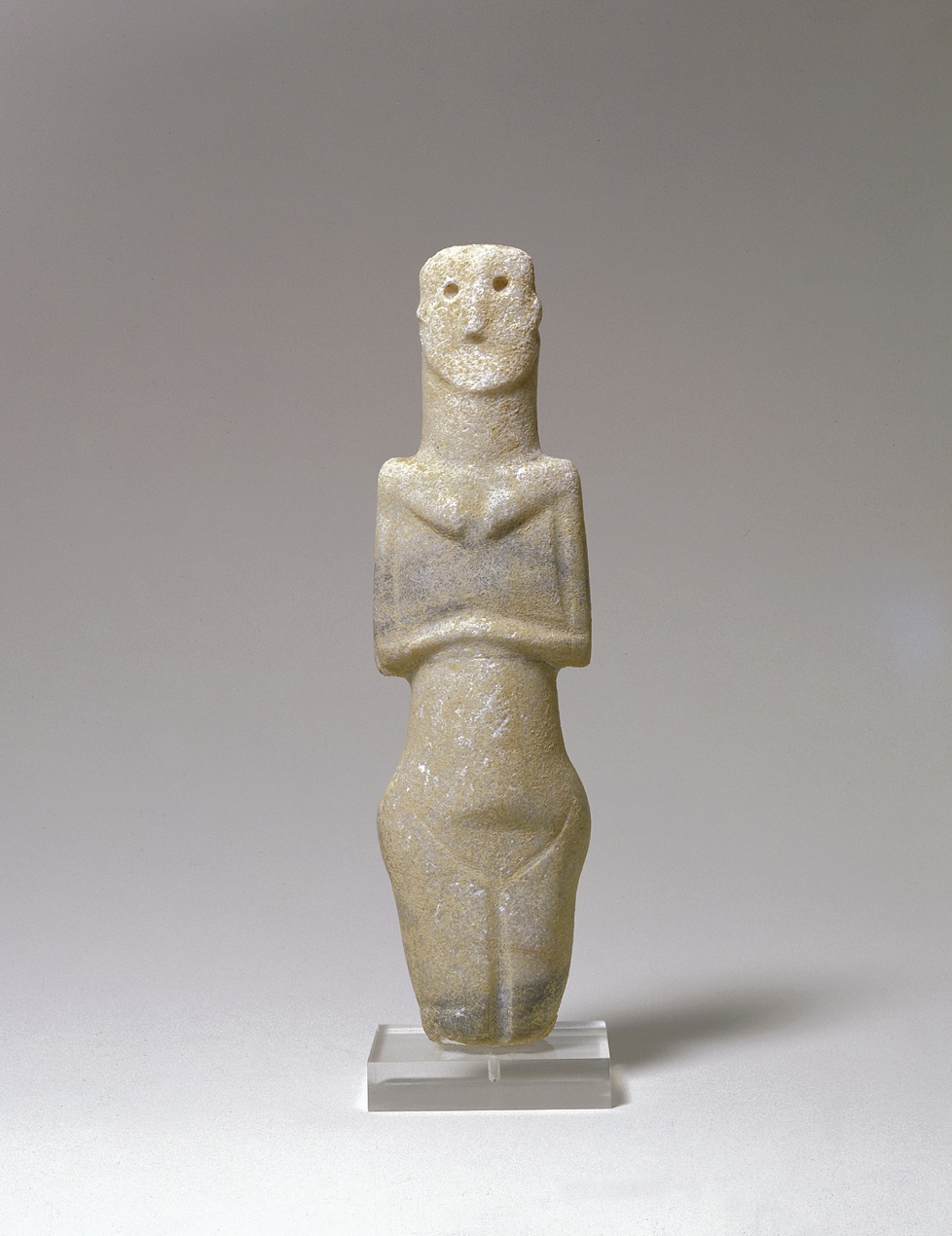 Sculpted of a thick-grained white marble with two large bluish-grey veins. The eyes hollow, possibly once inlaid. The ears indicated.

Condition: the surface, originally smooth and polished as still visible in places, is incrusted with light-brown beige limestone deposit, thick and rough on the lower buttocks, back of legs and underneath. The face weathered [1], right-hand corner at back of head and a section below right ear abraded, chips to the back, the odd scratch here and there. Restored from three pieces: a break across midriff and a section from back of right upper arm through elbow, where a sliver is missing.

The figure exudes a tremendous presence with its flattish nose and face - a prolongation of the swollen neck at one with the torso - with deep round holes for the eyes, and the ears slightly indicated. She stands on short stubby legs with a swelling for the buttocks, her back profile a continuous flowing line from the top of the head to the bottom of the legs; stylized indications for the shoulder-blades, arms and breasts, her hands touching over the stomach.

Though unlike any other example known from Sardinia, she is surely a local creation though she bears resemblance to the so-called Plastiras type idol from the Cyclades [2]. Several features in particular are similar, though the mass of her volume is very different as is also what the author perceives as the power of her presence.

However, one should not overemphasize such resemblances for similarities between neolithic expressions in the Mediterranean may be explained in part by the common agricultural background of the various cultures. The above idol spans the transition between steatopygous sculptural forms corresponding to an expression of woman as a symbol of fertility and life and a more symbolical image of woman reflecting her new status in a more evolved community.

1 In a manner usually resulting from a saline environment.