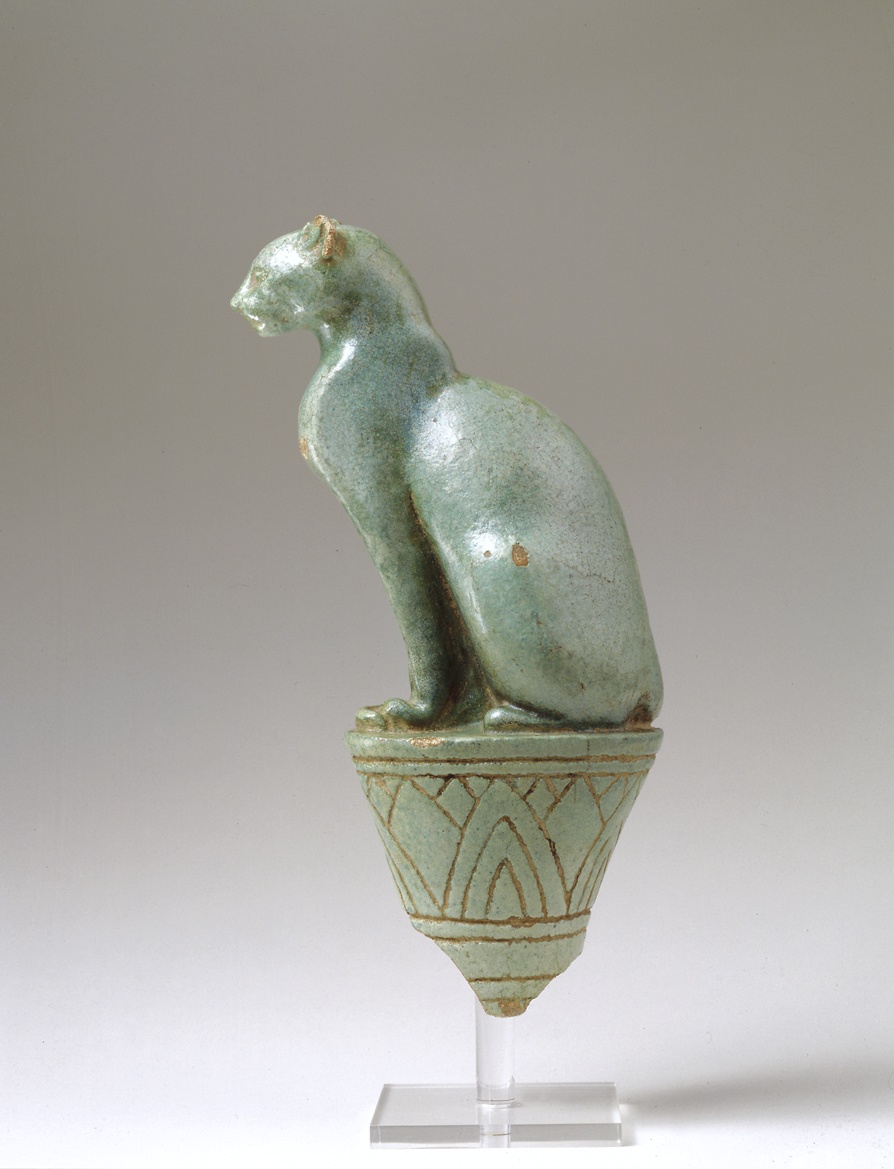 Fashioned of sandy earth, glazed and fired. The glaze a bluish-green [1].

Condition: the lower part of the papyrus broken and missing as is the sceptre which it surmounted; part of the left ear chipped away, slight chip to top of right ear, chest, left hip, lower centre back and front right side of tail. Two chips on papyrus and slight abrasion to right hip. The glaze on the right side of the face pitted and abraded from the firing and weathering; over parts of the body the bluish-green has veered towards a mottled white.

The cat was sacred to Egypt and was worshipped as the goddess Bastet in her temple at Bubastis, her sacred city in the Delta. The present example has a scarab, her emblem, inscribed on the forehead. She is unique for her size, though comparisons are to be found in small amulets that were worn [2]. Sitting on top of stylized petals that surmounted a papyrus sceptre (wadjet) or column, she fulfilled the function of a very large votive.

Green being the colour of vegetation, this cat is a symbol of rebirth and life.

We are indebted to Robert S. Bianchi for enlightening us with regard to various aspects of this piece.

1 Robert S. Bianchi tells us that the structure and colour of the glaze is of the Roman period. This indication would favour a date in the late Ptolemaic or early Roman period.