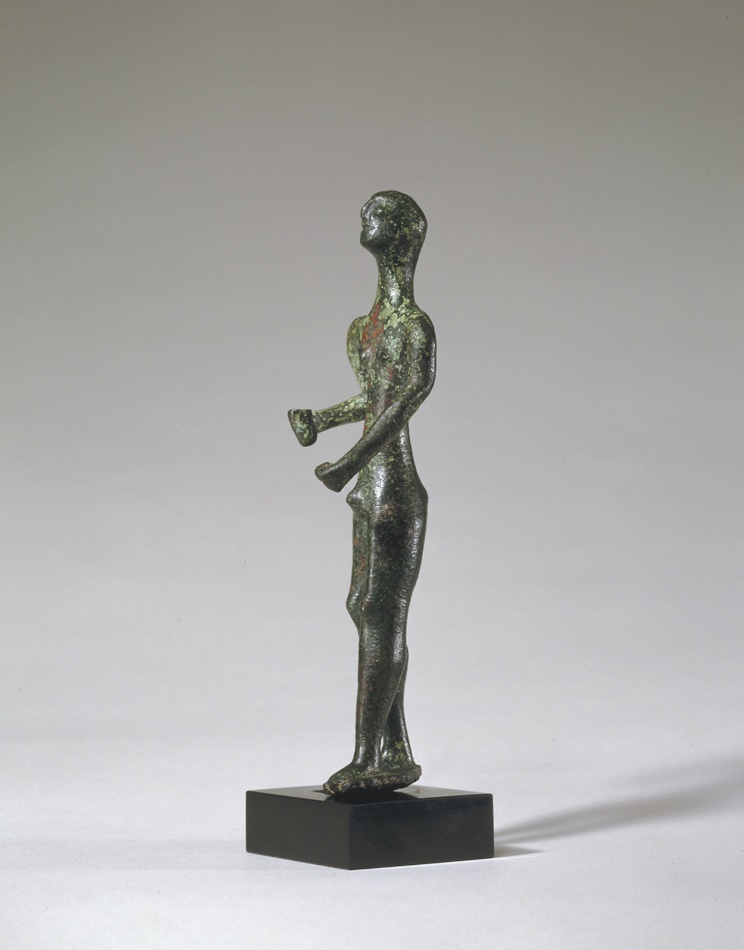 This figure, full of vitality, with haughty expression and tense body, probably represents a boxer standing with clenched fists.

The rhomboid-shaped plaque under his feet is unevenly broken in front; could this mean it was once a long strip with a second figure facing him?

There is an original hole in the plaque which would have served in antiquity for attaching the figure or group to a tripod or vessel (probably a cauldron).

Certain characteristics and the attempt to be naturalistic clearly place the boxer in the transitional phase between Late Geometric and Early Archaic.

His poise and some plastic similarities to an earlier tradition, exemplified by a seated figure from the Alpheios Valley [1], lead us to ascribe him to a Peloponnesian workshop which, together with the patination, points to Olympia.