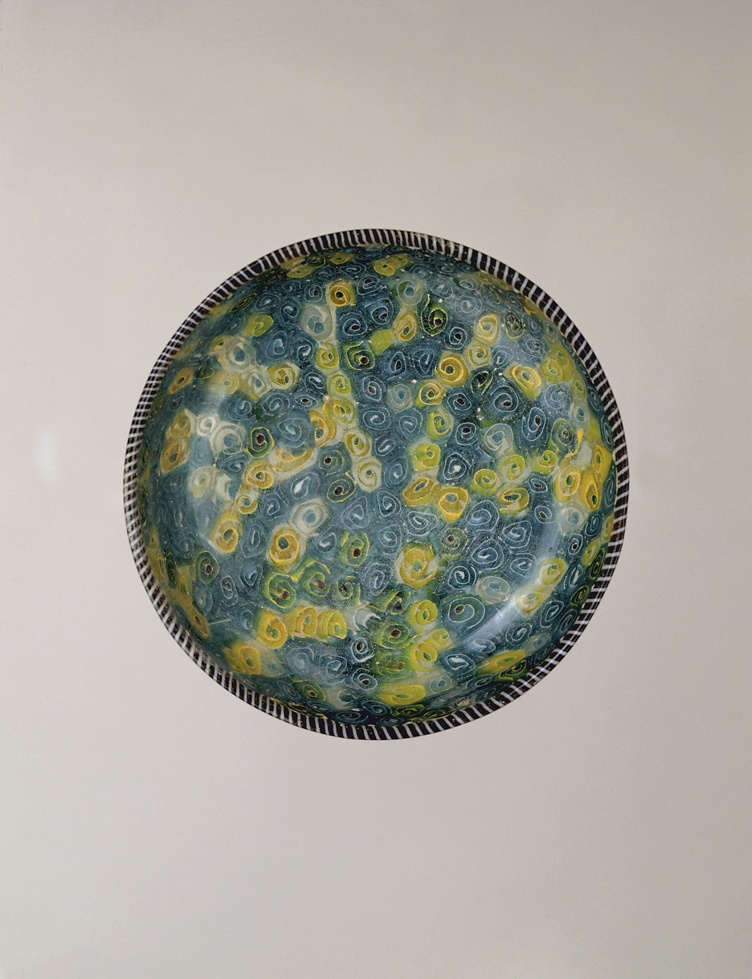 Cast mosaic vessels were fashioned of segments of pre-formed mosaic canes and made in a mould. Though rod or cane-formed glass originated in the Near East and Egypt [1] in the Early Bronze Age, a similar production re-emerged in the Hellenistic period, the earliest examples of which are referred to as the Canosa Group.

The main workshops were probably located in Italy, but in all likelihood there were others in the Eastern Mediterranean.

Cast from segments of cane in a mould. The surface of the interior and top of rim rotary-ground and polished. The exterior probably fire-polished.

Condition: on the underside a small casting flaw, like a whirl, possibly a minute air bubble passing through the thickness of the glass.

The surface with yellow spirals and spirals outlined in white; a reddish eye for a few of them.

The rim a horizontal trail of ochre brown with vertical trails in opaque white.

There are two round suspension holes below the rim.