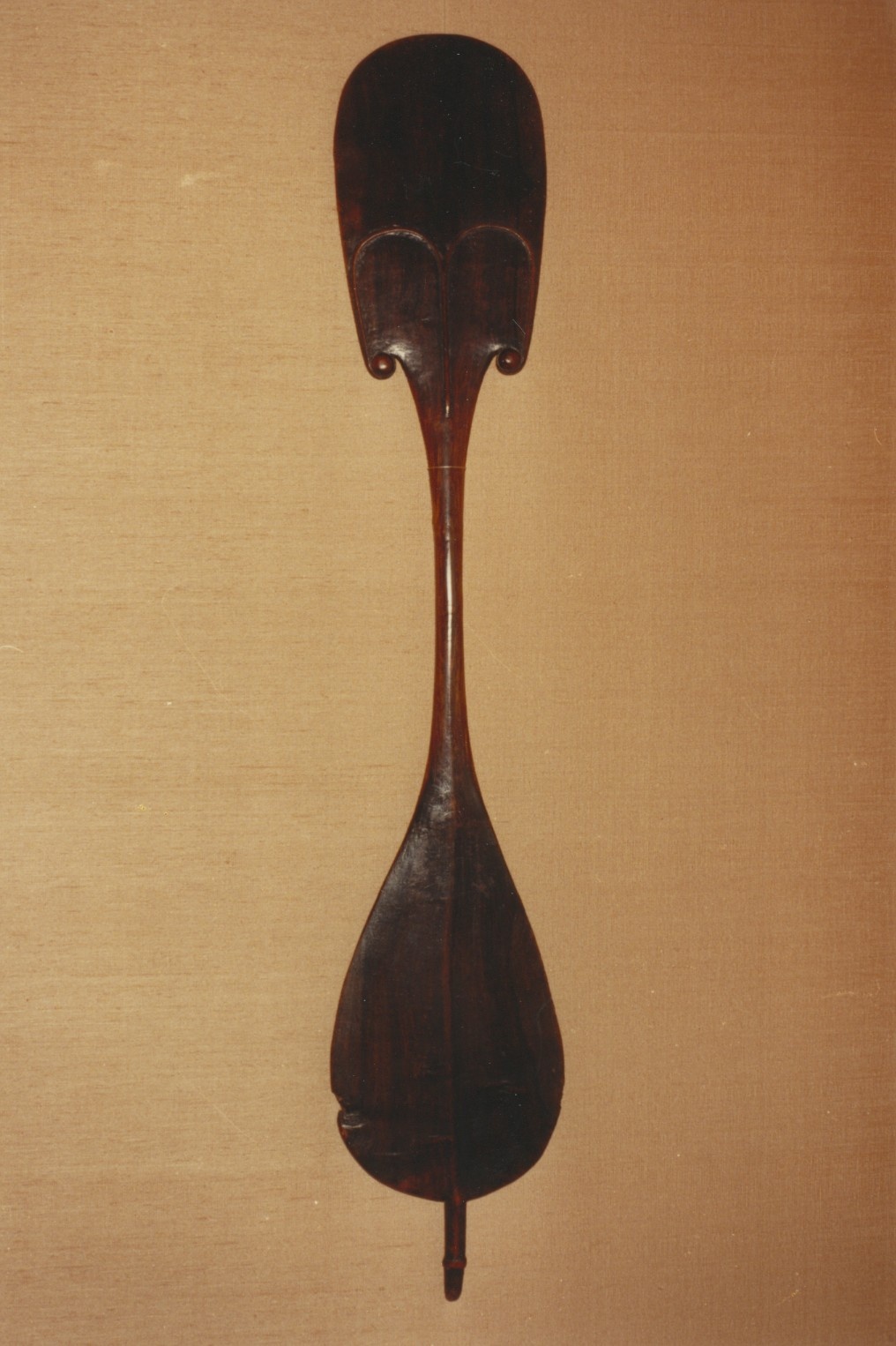 Made of a finely grained hard reddish wood from the local, now extinct, Sophora toromiro tree.

These double-bladed paddles were twirled by male dancers to the rhythm of chants during feasts [2] and as with the Tongan paki, they served only in ceremonies.

It should be noted that all Polynesian canoes without exception were propelled by a single-bladed paddle. Therefore, the double-bladed Easter Island examples may hark back to an ancestral navigational implement, the protuberance at the lower end serving to stick into shallow sands. Such knobs exist on sea-going paddles of the Marquesas and Mangareva.

We believe, as is generally accepted, that these double-bladed paddles are a highly stylized abstract representation of the human figure. One blade has a conventionalized human face; the fine, raised central ridge symbolizing the nose splitting into two equally fine arches for the eyebrows, running down into the ear lobes stylized by knobs that represent carved circular ear plugs.

The lower blade with a projection symbolizing the penis.

Our rapa exemplifies the admirable embodiment of the tactile and the visual in Polynesian art.

1 James Hooper (1897-1971), a passionate, devoted and learned collector, centred his life around his collection and notwithstanding very limited means, achieved an ensemble of considerable "quality and scope". Throughout his life he exchanged and during the latter half sometimes allowed two or three acquaintances to acquire the odd object from him. In this manner, he exchanged the Nukuoro, cat. no. 280, for a flat Easter Island figure later passed on to the Belgian Jeff van der Straat, also a passionate collector and dealer by necessity. The present paddle was acquired by Carlebach, a New York dealer at the end of World War II, who sold it to Ben Heller, another New York dealer who kept it until Sotheby's sale, London, 14 July 1970, lot 85, ill.

2 The Polynesians had a predilection for this form of recreation accompanied by dancing and they also enjoyed sporting events and games of skill.