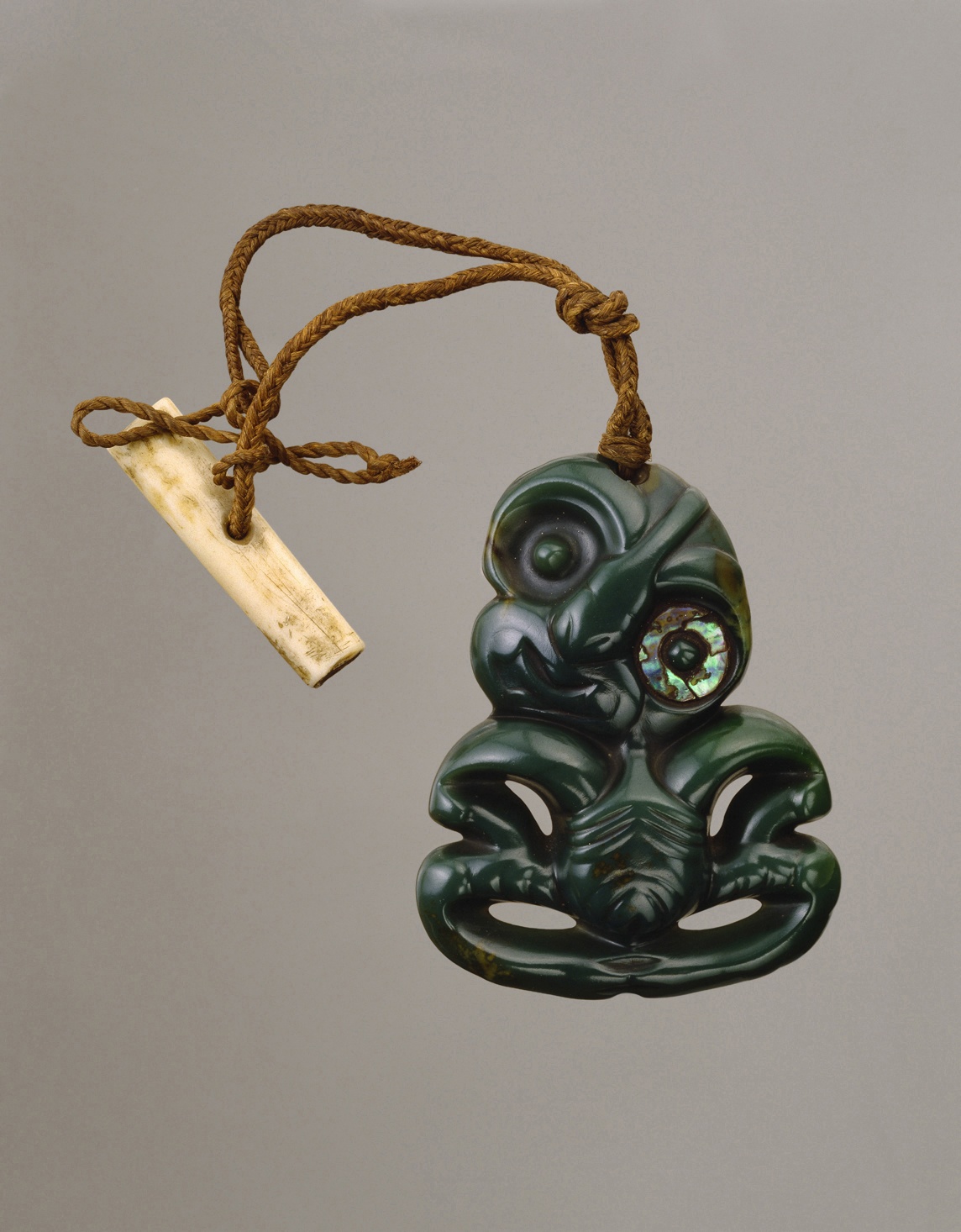 Of a translucent, pale grey-green nephrite, this amulet was many months in the making and of all the Maori's artistic creations, technically the most difficult to execute. The work was done by chipping with much fly-wheel drilling with points of obsidian
(mata) and flint (hiri papa), using powdered quartz and sand with water as abrasives. It was then brought to a high finish and finely polished.

The circlet for the eyes was recessed for inlay with a disc made of iridescent haliotis (paua) shell. The left eye still intact.

This pendant represents a female, her sex indicated below her plump ribbed body. Her head rests on her left shoulder, whereas more frequently, it rested on the right one; the position was determined by the shape of the raw material - nephrite pebbles.

Hei means neck ornament and tiki human; it was worn on the breast suspended on a plaited cord of flax fibre attached to a toggle made from the bone of a bird's wing.

The hei tiki, shaped as a male or female figure was an expression of mana, whose concept embodies both prestige and power; it is the "active and positive principle of Polynesian life" [2]. Our pendant, a family heirloom, was a most prized possession, regarded with great affection by the owner as connected with the past history of his ancestors and worn as a memorial of a venerated relative. It was passed on from generation to generation, its mana increasing with each successive wearer.

1 Sir Francis John Ford married in 1846 Cornelia Maria, eldest daughter of General Sir Ralph Darling who was a friend of Sir Edward Parry from whom he had received in 1830 some Maori fish hooks and most probably other items such as our hei tiki. Sir Edward Parry was a direct descendant of William Gambier-Parry (see cat. no. 268, Pounder).