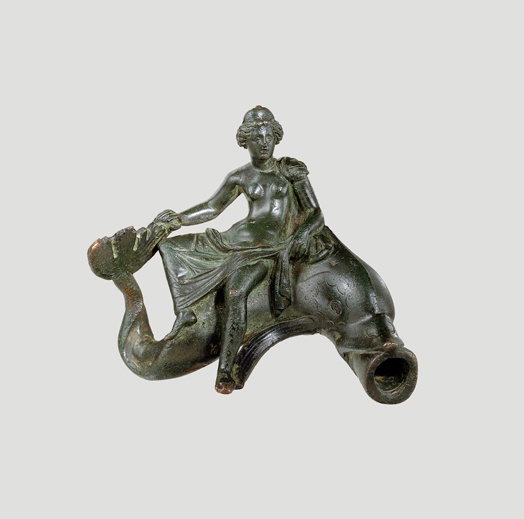 Solid-cast by the lost wax process save for a hollow pipe-like section running through and protruding from the dolphin's head, at the back it is circled by a special section for attachment (with traces of soldering). The eyes of the dolphin inlaid with tenorite (CuO, a black copper oxide).

Condition: patina a dark olive green, and yellowish, reddish or bronze medal colour showing through in a few small places. A crack through the right wrist and another halfway through the dolphin's tail. Part of the tenorite inlay of the eyes missing.

The girl seated on the dolphin is probably Aphrodite [1] or a Nereid [2].

The ensemble formed the spout of a small table fountain, an object of refinement and prestige in a wealthy Roman household.