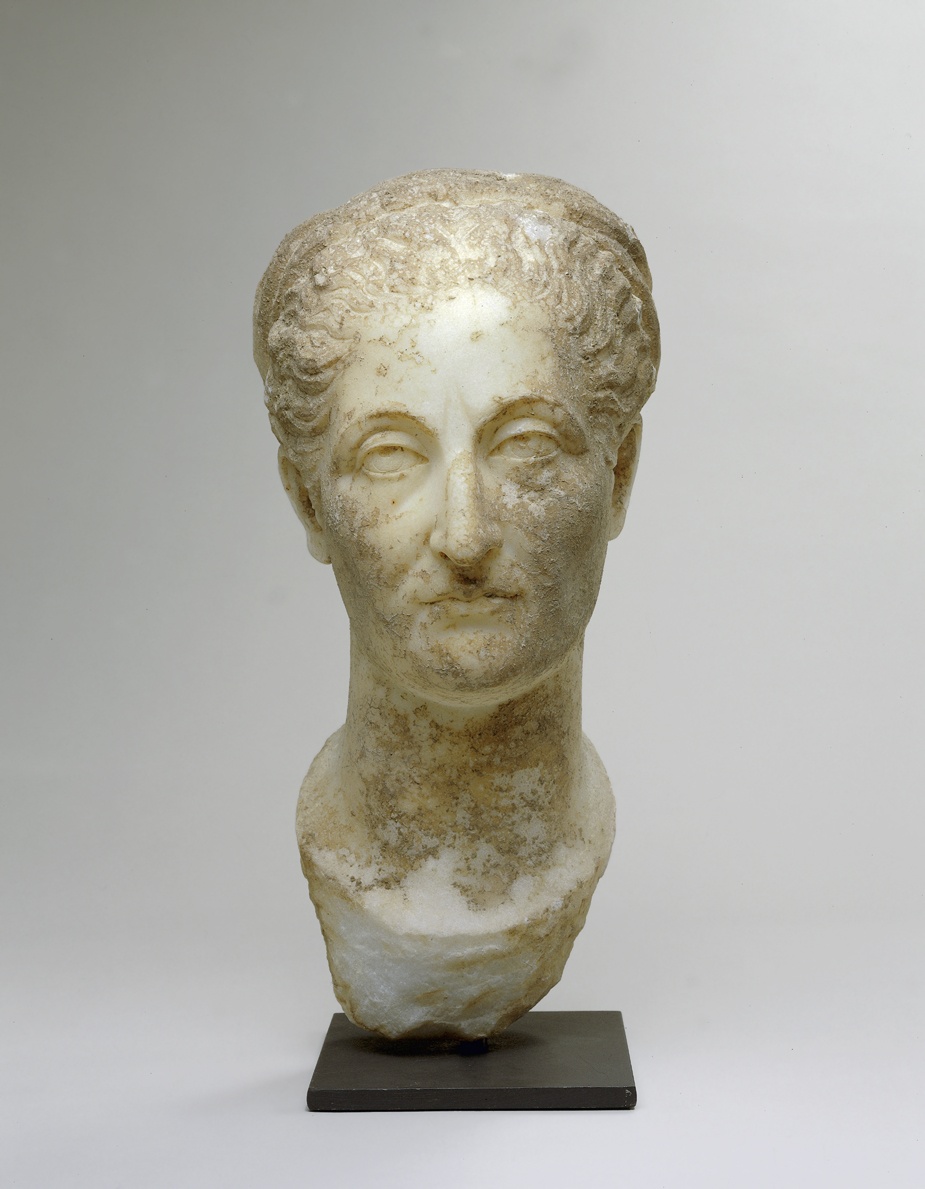 Sculpted from a block of small-grained white marble, the pupils hollowed, the face, neck and ears polished, the back of the neck left rough, the part for insertion blocked out.

Condition: surface white to pale ivory with thick rough limestone deposit and root marks. A nick to the left eyelid and one to the "tragus" of the left ear. A chip and a nick to the turban, the odd chip on the hair.

The marble and the workmanship of this head appear to be Greek, which does not facilitate comparison with other similar portraits, almost all of which are of Roman manufacture. Her hair-style, forehead, ears, eyes, nose, and the shape of her mouth all bear strong resemblance to portraits identified as Sabina, wife of the Emperor Hadrian who ruled from A.D. 117 to 138. However, her face appears here somewhat more narrow and elongated. This portrait is possibly a representation of her towards the end of her life, when disillusionment with her husband's behaviour shows in the saddened expression of her face, as evidenced by the two sharp furrows above the bridge of the nose and the creases that run from above the nostrils down below her cheek ending at mouth level. The pupils of her eyes are hollowed, a technique that started around A.D. 130 [2], an added indication that this portrait is to be placed late in her life (she died in 137). She is known to have visited Greece with the Emperor in her youth, and although a later visit is not recorded, it is probable that one took place. The best comparison appears to be a portrait in Athens [3] and although the hair-style is different, it too has tresses wound around her head like a turban. Both the hair and the style of cutting befit the Hadrianic period. In conclusion, all details of her profile as well as the line formed by the back of the hair and the nape of the neck bear very strong resemblance to those on coins and marble portraits ascribed to Sabina.

2 Information from a note by G. Hafner.