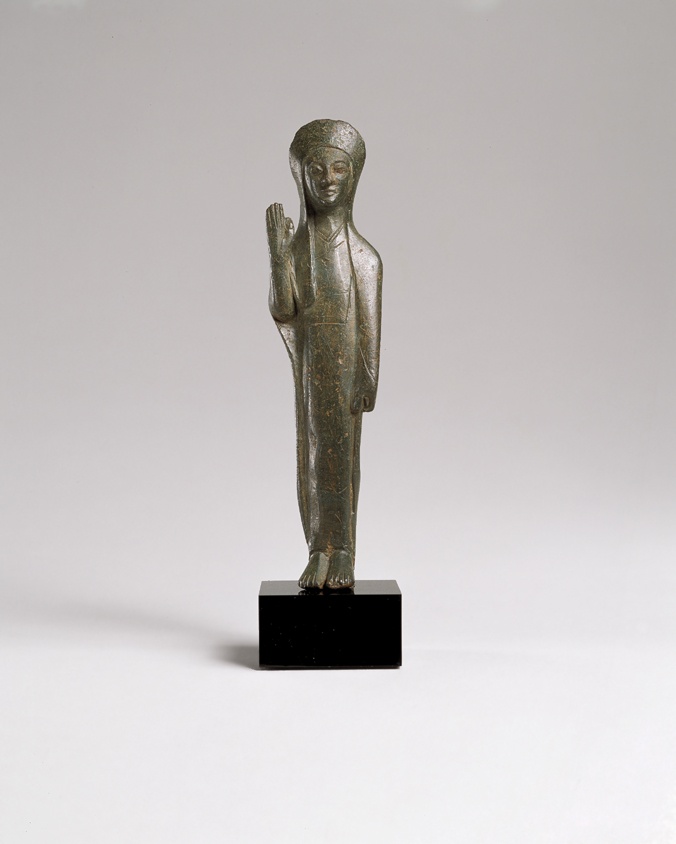 Solid-cast, chiselled in the cold and burnished.

Condition: patina light olive green, surface with a myriad of small nicks and scratches and traces of brown earth deposit. Some light pitting. Slight wear to upper edge of veil.

This Kore wears a chiton with a long mantle over it and is a pertinent example of direct Greek influence on Iberian culture, and in the present case on artistic production.

A very fine comparison is with the so-called lady with a himation from the sanctuary of Despenaperros [1] which M. Almagro-Basch rightly dates to the end of the 6th century B.C., remarking that its face resembles heads found at Miletus and Korai from Clazomenai. The comparison is telling for the attitude though we feel that our example is slightly less Ionian and one step removed, the way her lowered left hand touches the pleat of her mantle but does not grasp it to lift it as in the piece compared. Thus, we have dated her in the first half of the 5th century.